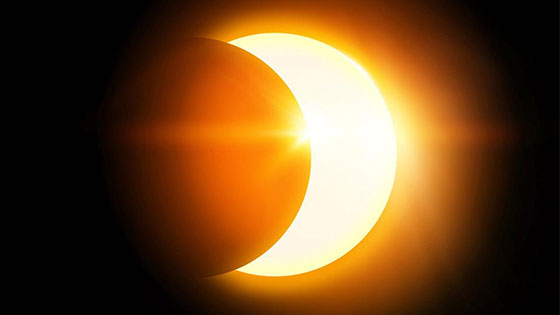 In the world of science, the phenomenon of Solar Eclipse has always been identified as an astronomical event. But in Vedic astrology, it is seen as an event with high significance which is capable of turning the tables. It has been noted that people have developed a strange fear regarding the occurrence of the eclipse. In such a situation, many kinds of questions are bound to arise in everyone's mind regarding Solar Eclipse 2021.

In the year 2021, a total of two events of Solar Eclipse will occur. Out of which the first Solar Eclipse will be an Annular Eclipse, and the second and last will be a Total Solar Eclipse. In such a case, let us find out the Solar Eclipse dates and timings, and know more about its visibility in several other countries around the globe. Along with this, we have also shared some tips and points you must keep in mind to follow during the occurrence of the eclipse. As per some religious scriptures, some astrological measures as per the birth chart must be carried out to evade the malefic effects of Solar Eclipse.

According to scientists, a Solar Eclipse in 2021 occurs when the Earth, Moon and Sun, all come together and stay positioned in a straight line while moving around in their orbital paths. During this time, the planet Moon completely covers the Sun, which affects its rays from entering the surface of the Earth. In such a state, the sky appears dark since there’s no sunlight, and this phenomenon is titled as Solar Eclipse.

Apart from its scientific importance, the Solar Eclipse holds great mythological significance, which is also mentioned in the great Matsya Purana. According to it, when the Amrit or Nectar of Immortality was extracted from the ocean during the Samudra Manthan, a war began between the Gods and Demons or Asuras since both of them wanted to consume it. In the midst of all, a demon named Swarbhanu planned a strategy to fulfill his wishes of consuming the nectar by hiding among the Gods. But during all of this, Lord Surya and Lord Chandra revealed his reality by catching him.

As soon as this trick played by the Asura Swarbhanu became known to Lord Vishnu, he became angry and separated his head and torso with his Sudarshan Chakra. But since Swarbhanu had tasted the Amrit, he did not die. Instead, his head was named Rahu, whereas his torso became Rahu. Hence, as a result of his vengeance, every year Rahu covers the Moon and the Sun and causes the phenomenon of Solar Eclipse.

As we have already told you, the phenomenon of Solar Eclipse in 2021 is an astronomical event that occurs almost every year. Talking about the year 2021, Solar Eclipse occurs two times in a year:

If we talk about the visibility of the first Solar Eclipse, it will be visible only in the Northern parts of North America, Europe, Asia, in North Canada, Greenland and Russia but not in India.

While the second and the last Solar Eclipse of the year 2021 that occurs on 4 December will be visible in Antarctica, South Africa, Southern regions of Atlantic, Australia, and South America but not in India.

Get All The Information Related to Eclipse 2021 - Click Here

Things To Keep In Mind During The Solar Eclipse in 2021

A Sutak Kaal is considered to be a certain time period observed before the Solar Eclipse, which is considered to be inauspicious. According to the Sanatan Dharma, it is the period when the Earth remains under severe contamination due to the malefic influence of Solar Eclipse. In order to get rid of such effects, several religious precautions are necessary to be followed

Don’ts During The Sutak Period

Get Life Predictions Based On Your Zodiac Sign: Horoscope 2021

Do’s During The Sutak Period

We hope that you have liked our article on Solar Eclipse 2021. Thank You for staying with AstroSage! Stay safe and healthy!