Like every year, there are many transits occurring in the year 2014. Transit in 2014 will be affecting our lives in many ways. The effects can be both malefic or benefic. Want to know more about Transit in 2014 or Gochar in 2014? Read on.. 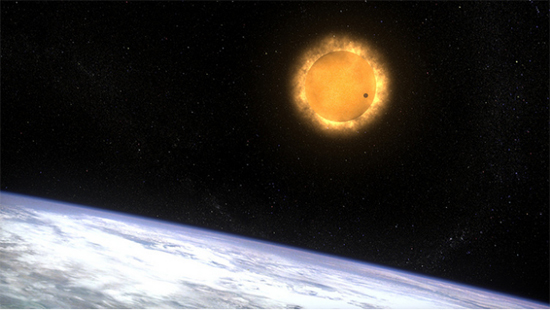 AstroSage will tell you about the meaning of transit and its relevance in our life. Here, we are giving you information on all the Transits in 2014. Planetary transit plays a very significant role in a person's life.

All the other planets like Earth, revolves around Sun. They change their positions in context with Sun. According to the astrology, a point on Earth is taken as the center and the sky is divided into 12 different parts that are known as zodiac signs. Whenever a planet moves from one zodiac sign to another, it is known as transit. The positions of planets are measured from Earth to calculate the transit of a planet. According to the astrology, planetary positions are very important to understand. These planetary positions define the events taking place in a native's life. Each planet moves on its respective speed. All the astrological planets and the 2 nodes have different pace of changing their positions. The slow speed of some planets makes them stay in a zodiac sign for a long time, however it affects all the zodiac signs. Some planets move in fast pace, which makes them change their position soon. The effects of planetary positions can be seen in a person's life. If the influence of the planet on a zodiac sign is good, it brings positive changes; and if it is bad, it brings negativity. It may be neutral as well. The nature and the character of a person can be defined by the positions of the planets in accordance with his/her birth details. The transits play a very important role in the predictions of a native's life. The planetary position taking place at the time of a native's birth can define the whole life of the native based on the transit. Planetary transit in 2014 (Gochar in 2014) will tell you about the transits of all the planets taking place in the year 2014.

How are these planets going to affect your zodiac sign and what are the changes these transits will bring in the year 2014? Find the links to all the Transits in 2014 (Gochar in 2014) below:

You need to know all about the Transit 2014 so that you can find out the remedies for the effects of these transits on your birth chart.

Planetary positions can bring many changes in a native's life. After the study of the zodiac signs with the positions of the planets, the astrologers predict one's life. Every planet has its malefic or benefic effects in the native's life. It may bring a good fortune or even go unfavorable for you. It is all dependent over the position of the planets in your zodiac sign. Sometimes, theeffects of these planets may last very long. All the zodiac signs will be affected differently at every transit in 2014 (Gochar in 2014). If you want to know more about the effects of transits in 2014 on your life, read about all the transits here and get to know the effects in your life.

We hope that the planetary transits in 2014 bring good fortune for you. Read all about the Transit 2014 here at AstroSage.com