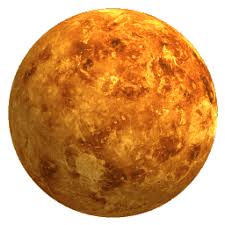 Mercury retrograde 2020 will generate some major impacts in the lives of various natives as it is considered to be a crucial astronomical event in the realm of astrology. It is given a significant status not only in the domain of Vedic astrology, but also in Western astrology. Probably many folks rush to the internet to navigate the Mercury 2020 dates so as to brace themselves for the changes that are yet to usher in their lives. It is because the planet Mercury or as it called Budh, happens to be one of the fastest moving planets of the solar system and it also possesses the tendency to influence the various arenas of a human being’s life. It is considered to be the significator of one’s intellect, communication skills and ones business ventures. Additionally, the planet is also taken into account as the prefect of familial and domestic matters, heat related ailments, depression and general debility. Hence, astrologers recommend the pacification of this planet to keep the associated troubles at bay.

Mercury retrograde 2020 will be a motion of this dualistic planet which is also considered to be the messenger amongst all the Navagrahas. As mentioned above, it is the fastest moving planet of the solar system and procures both negative as well as positive outcomes. Pisces happens to be its debilitated zodiac sign and it remains the most potent while it gets posited in Virgo. Apart from this, it shares an amicable bond with the planets Rahu, Sun and Venus. With the remaining planets, it maintains a neutral relationship but exhibits a conflicting attitude when it comes to the significator of the soul Moon. A particular native’s communication skills flourishes when an exalted Mercury remains posited in his/her Kundli. On the contrary, the presence of a weak or debilitated Mercury in a native’s birth chart or Kundli, inflicts the person with speech related problems. If this single planet is capable of orchestrating so many changes in your life, then imagine the impacts the various motions of this planet are capable of generating. It goes through various motions like transit, retrograde, combust, direct and each of them are capable of procreating multi folded effects with regards to our life. Today, we are discussing the retrograde motion of Mercury and the dates and timings of Mercury retrograde 2020, but before moving on to that, let us understand the phenomenon and the effects of Mercury retrograde 2020.

Mercury retrograde 2020 will also create many positive and adverse outcomes for natives as per their zodiac signs. As per the planetary forecasts, Mercury retrograde will occur three to four times a year, thereby changing the fortunes of many natives. The retrograde motion of this dualistic planet comes into the light when it starts moving backward. In the domain of traditional astronomy, it is believed that all the planets residing in the solar system keep revolving around the Sun. But, in the realm of astrology, the reference is considered as the reference point and it turns out that none of the planets actually move backwards but only appear to do so when it relative motion is spectated from the Earth. Hence, the phenomenon of the planet Mercury only appearing to move backwards can be regarded as Mercury retrograde. It has already been mentioned above that of all the Navagrahas, the planet Mercury moves in the most fast manner. Hence, it completes its various motions in a swiftly as compared to the rest of Navagrahas. As a result, Mercury retrograde 2020, the event we are discussing today will also occur three to four times leaving an impact in the lives of natives belonging to all the twelve zodiac signs. Hence, without further delay, let us have a look at the Mercury Retrograde 2020 Dates .

Mercury retrograde 2020 will be impacting the lives of various natives. In general terms , it is often believed that Mercury Retrograde only brings negative and malicious results to the forefront. However, it should be kept in mind by the readers that its effect varies as different individuals come into contact with varied results. Hence, during Mercury 2020 also, natives will remain at the receiving end of positive as well as negative results. The impacts of Mercury retrograde 2020 will be determined in accordance with its relationship with the other Navagrahas. As mentioned above, Budh or Mercury is dualistic in nature, which is why it procreates positive results when it gets placed with the beneficial planets. On the contrary, negative results will be obtained when Budh is planted with planets whose nature is cruel. The report card of the planet Mercury provided above will be applicable for its retrograde motion too. When the planet Mercury moves in a retrograde motion, it appears to become closer to the Earth. Thus, it can be stated that its impact becomes more multi folded during retrograde motion. Speaking particularly, then the rhetoric and thinking abilities of a person along with the rhetoric gets impacted.

Let us now move on to take a look at Mercury Retrograde 2020 impacts when the planet takes nest in all the twelve houses of one's Kundli or birth chart.

The ascendant or the first house is often regarded as the house of self. When this planet in a retrograde motion, remains posited in the lagna house of one’s birth chart, then the associated person exhibits a hasty nature. Speech may also get impacted negatively as the certain will possess the tendency to exaggerate things. Some of the lot may also worry about presenting yourself in public and remain very conscious while speaking with your peers. Hence during Mercury 2020, when it remains posited in your second house, you will seen taking care of your physical as well as societal image.

Mercury retrograde 2020 impact in the second house will include the intellectual abilities of various natives getting sharpened. During this time, natives are also advised to refrain from making any new purchases so as to avoid incurring losses. But at the same time, economic profits will also fall into your lap also allowing you to secure praises from various people in the society.

It is a truth universally acknowledged that the planet Mercury is the significator of ones speech and communication abilities. Now, the third house is also hailed as the house of speech. Because of this coincidence, Mercury retrograde 2020 will leave a positive remark on your speech and you will do wonders with your communication abilities. But at the same time, you may remain concerned about various arenas in life which is why it would be necessary to keep looking for answers to your prospective problems.

As per Mercury Retrograde 2020 Dates, When Mercury retrograde moves through your fourth house, you will be leading a luxurious lifestyle. All the luxuries and comforts of life will be at your dispense and you will be seen enjoying an exquisite and royal life. Also, a connection which has been long lost will resurface and you may spend some time working on your relationship with him/her. Consequently, you may also take a trip down memory lane.

When Mercury transits in a retrograde motion, in the fifth house of a sign, a native’s intellectual prowess increases. Some of the lot may also exhibit a playful creativity during this time. Your children may also tend to thrive in their respective fields and make progress gradually.

The presence of Mercury retrograde in an individual's sixth house may suddenly disturb the balance of your daily schedule which may in return generate mental stress. Communication skills are likely to turn bitter, which may have a negative impact on your relationships with various people. It would be necessary to follow your conscience while taking any step.

When retrograde Mercury remains present in a native's seventh house, the affected natives are most likely to reconnect their ties with an old acquaintance. It also ensures some of the natives a good life partner, who will definitely live up to their expectations. Some other aspects of life can also be worked upon during this time.

When Mercury in retrograde motion transits in one’s eighth house, then the concerned native becomes inclined to spiritual things. He/she may also find it difficult to come to conclusions about various things. At the same time, skin diseases like ringworm may also inflict you and ruin the peace of your mind.

As a result of retrograde Mercury’s transit in one's ninth house, scholarly abilities of a native are provided with an increment because of which name and fame in the society increases . His/her reasoning abilities increase which makes the person more unique to stand out in the crowd.

When Mercury in a retrograde motion makes its transit in one’s eleventh house, communication skills of the concerned natives may generate some drastic repercussions. Some may also get involved in debates and arguments with their respective bosses or senior officials. Additionally, monetary profits will also be obtained.

Retrograde Mercury’s transit in this house of expenditure and losses brings forth average results. During this time, trade ventures of natives are provided with success but the health should be taken good care of while Mercury retrograde 2020. Otherwise, a prosperous time will come into the forefront.

We hope that you like this article of ours on Mercury Retrograde 2020 Dates. May you have a great year ahead!!!