Several astronomical events hold high importance in Vedic Astrology. Lunar Eclipse, being one of them, is regarded as a significant celestial phenomenon which impacts astrology as well as zodiac signs in numerous ways. In this article, we will know more about Lunar Eclipse 2020 dates, time, Sutak Period observed during the eclipse, rituals to follow and do’s and don’ts to keep in mind. There are four Lunar Eclipses occurring in the year 2020. Find out the areas where it is visible and duration. If you want to know the occurence of Lunar Eclipse today, refer to the below table. 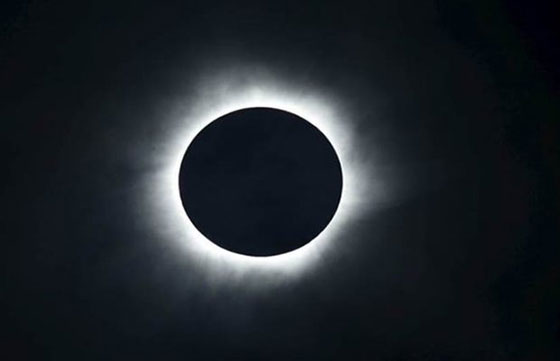 Note: Timings given for the above table is as per Indian Standard Time (IST).

*Note: Although these Penumbral Lunar Eclipses will be visible in India, however, their Sutak Period will not be observed because Vedic Astrology does not recognise them as a valid Eclipse.

Let’s know about these dates, what nakshatra they are falling under and which zodiac signs will undergo major changes as a result of Lunar Eclipse:

What Is A Lunar Eclipse?

Lunar Eclipse, as per astronomy, occurs when the planet Moon remains posited in a straight line with the Sun and Earth, and passes behind the Earth, hereby hiding behind its shadow. We can say that the Earth is seen posited between the Sun and the Moon, which reduces the visibility of the Moon to a minimum. It must be noted that this event occurs on a Full Moon night. This event is known as Chandra Grahan in hindi, and holds high astrological importance. It is believed that the atmosphere is surrounded by negative energy, and the period of Sutak begins. There are three kinds of Lunar Eclipse:

Moon, although not a planet, is considered one in the Vedic Astrology, and known as a significant part of the Navagrahas. It rules over the zodiac sign Cancer, and gets exalted in Taurus, i.e. remains strong and debilitated in Scorpio, i.e. remains weak. It is the benefactor of Mother in a birth chart, as it feminine in nature, receptive and nocturnal. To attain a prosperous family life, sharp mind, emotional bent and great personality, one must have a strong Moon in his/her kundli. However, an afflicted Moon causes changeability in nature, and hindered physical growth. Wearing the gemstone Pearl helps to strengthen the placement of the Moon in one’s Kundli and attain beneficial results.

Lunar Eclipse occurs as Rahu or Ketu gets placed with it in a specific house or sign. Rahu and Ketu are the two nodes of the Moon itself, with Rahu being the north node and Ketu being the south node. In mythology, it has been stated that Lord Vishnu tried to eliminate Swarbhanu, a demon who tricked the Lord into drinking the “Immortal Nectar of Life” gained after the event of Samundra Manthan between the Gods and Demons. Being immortal, he didn’t die but had his head and torso separated. This happened as the Sun and Moon told the Lord about Swarbhanu’s deceitful plan. Therefore, the head became Rahu, and torso became Ketu. it is said that due to this event, Rahu and Ketu curses the Moon and Sun, and as a result forms the eclipse.

As per astrology, an inauspicious period begins before the occurrence of the Lunar Eclipse 2020, which is called as the Sutak Period. In this duration, carrying out any auspicious or beneficial task must be refrained. This period is observed nine hours before the eclipse begins. However, these precautions aren’t followed by small kids, newborns, natives who are not healthy and elderly people.

In contrast with the Solar Eclipse, Lunar Eclipse can be seen with naked eyes. Astrologically or scientifically, Lunar Eclipse 2020 sightings can be seen easily at night, as there aren’t any harmful rays to affect your eyes. You don’t need to wear any protective glasses or indirect method to watch the Lunar Eclipse. However, Pregnant ladies are advised not to come out at night or see this eclipse, as it can harm the unborn baby and hinder its growth.