The planet Mercury is a representative of one’s intellect, knowledge, expressions and communication skills. This planet if believed to be a neutral one - the one that is neither benefic nor malefic. Mercury either shares the same house as that of the Sun or is placed in the adjacent house to that of the Sun. The planet Mercury is believed to make a transit in approximately 1 month. Read the astrological effects of Mercury Transit in various zodiac signs and its impact on your business, career, education, love and family life. 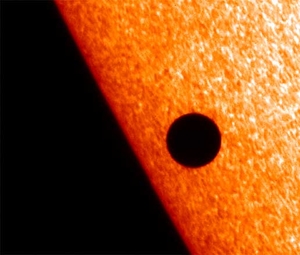 When the planet Mercury transit from one zodiac sign to another, then it is called Mercury Transit. This planet remains in one zodiac sign for 14 days. Mercury's transit period is lowest in Vedic Astrology. Mercury is the lord of Ashlesha, Jyeshtha, and Revati Nakshatra. When Mercury comes in contact with the Sun, it makes ways for the Budhaditya Yog which improves one’s intellect and increases one inclination towards education and gaining knowledge. Studies and/or jobs related to accountancy, mathematics and finances are known to gain ground and flourish during Mercury transit. The position of Mercury in a horoscope is observed to ascertain one’s relation with their mother, sisters, paternal aunt and maternal aunt.

Significance of Mercury in Vedic Astrology

As per Vedic Astrology, Mercury is the offspring of Moon and Jupiter, hence it incorporates the characteristics of both of these planets. Known to be the signifier of one’s communication abilities, analytical skills, and intellect, Mercury is a key planet in regards with sales professionals, lawyers, scientists, and artists. Mercury's impact is the strongest when it is positioned in Virgo and low while in Pisces. The friendly planets of Mercury are Venus, Sun, and Rahu. Mercury is neutral with all other planets and has a bit of animosity towards Moon. The planet is responsible for diseases related to skin, head, and throat.

The Result of Mercury Transit