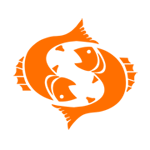 When we talk of Pisces and Scorpio compatibility, then Pisces, the Fish, is known to wear its heart on its sleeves. They are compassionate and giving. They trust easily and see the best in people. It is why they sometimes fail to recognise others’ true intentions and get played. They see the glass as ‘half full’. They may be gullible but not naïve, and as soon as people show them their true colours, they will not hesitate to leave. They want a partner who reciprocates their love and takes life lightly, just like them.

They seek emotional connection in a relationship, more than anything else. Scorpio, on the other hand, is a passionate, energetic, and dedicated sign. They don’t let down their guards in the beginning but once they get to know you, they let out their emotions openly. They appear cold at first, but they have big hearts. Scorpios are represented by a Scorpion and are surprisingly sentimental, touchy, and emotional. But they won’t show it to the wrong person. They are overprotective and possessive of the people they love. They have a hard time letting go of someone they love. They look for a partner who is ready to commit to them.

Pisces and Scorpio compatibility will be a splendid union of two understanding souls. Pisces is ruled by Jupiter and Neptune and Scorpio is ruled by Mars and Pluto. Mars, the ancient god of War makes the Scorpio aggressive, daring, and courageous. Pluto comes together with Mars and indicates new beginnings. Jupiter provides Pisces with expansion, philosophy, and excesses. Neptune gives them a dreamy aura, which smooths out the Scorpio’s rough edges. These four planets come together to form a balanced relationship. In elements, both are Water Signs, which gives them similar personalities and make them compatible in more ways than one. In terms of modalities, Pisces is a Mutable sign, and Scorpio is a Fixed sign. Pisces works as per its intuitions, while Scorpio fixates its energy on one task. Pisces can teach Scorpio to have fun and be more flexible, and Scorpio can show Pisces the art of channelizing the energy towards one task at a time. Pisces and Scorpio compatibility will be a fruitful one.

Pisces and Scorpio business compatibility will be good. They make a splendid team together. Since they are both water signs, they share great understanding. Pisces is idealistic, and Scorpio is covert and deep. But they know how to blend their personalities and put them to use for a successful business. These two will never be seen fighting over an organisational role as Scorpio is a natural leader while Pisces refrain from taking the driver’s seat. Pisces is happy to support their partner and cheer for them from the passenger’s seat, a quality that the Scorpio won’t mind. They will function smoothly in each other’s company and would make good friends even outside the office. The best aspect of Pisces and Scorpio business compatibility is their similar emotional natures. Their traits harmonize and complement one another quite well, which strengthen their alliance.

Pisces and Scorpio love compatibility will be effortless. They both come under the same element so they mesh well together. They have an ensuing sense of respect and understand the values each sign represents. They have a great connection as they both believe to function on instincts and intuition. The Pisces fall for the secretive and mysterious personality of the Scorpion, while the Scorpio is enticed by the kind and compassionate nature of the Fish. They have chemistry from the moment they set eyes on each other. Pisces and Scorpio love compatibility will be based on the understanding and emotional intimacy that these signs share. Scorpio trusts the Pisces easily and lets down its guard around their vulnerability and emotions. On the other hand, Scorpio feels protective of the innocent Pisces and does everything to make them feel protected.

Like every other relationship, there are down strides to the Pisces and Scorpio love compatibility as well. Scorpio is dominating, and Pisces handles their personality well. But sometimes, it can become overbearing for the Fish. Likewise, the Scorpion finds it difficult to deal with the ingenuous behaviour of the Pisces partner. Despite some problems, the Pisces and Scorpio love compatibility still tops some of the best!

Pisces and Scorpio sexual compatibility will be based on the acceptance of roles by both partners in the bedroom. Scorpio will take the charge, and the Pisces will happily oblige their partner. Before they dive into the act of sex, they will build an emotional connection, which will strengthen the Pisces and Scorpio sexual compatibility many folds. Pisces looks for ecstatic and dreamy experiences, and Scorpio is the most sexual sign of the zodiac world. When these two come together, there is a lot of exploration and experimentation in the bed. They are flexible and don’t shy from pushing the boundaries in the bedroom.

These two love birds are bound to tie the knot after a love relationship as their spark and chemistry are hard to ignore. Therefore, Pisces and Scorpio family compatibility will be fulfilling. They are both romantic and enjoy a great time as lovers, yet some challenges may arise when they start a family life, but nothing that these Water signs can’t overcome with their love and compassion. Pisces is messy and untidy, while Scorpio is a cleanliness freak! But the Scorpion will help the Fish with this issue. Their home will be warm and cosy. When they enter into parenthood, they rock that stage too. Their kids will have everything-creative development, spiritual health, and a curious mind. Overall, Pisces and Scorpio family compatibility would be eccentric but filled with love and laughter.

Saturday, February 4, 2023
You need to put your intelligence tact and diplomacy to sort problems that trouble your mind. Those who are managing their bu...
More

Monday, January 30, 2023 - Sunday, February 5, 2023
If you look at your health horoscope, your health will be good this week. During this time you will be full of energy and wil...
More

Monday, January 30, 2023 - Sunday, February 5, 2023
While doing something similar this week, you will be seen talking more and more about your love affair. But you will need to ...
More

February, 2023
Pisces is a common water sign owned by Jupiter. Natives born under this sign are more disciplined and broad minded. They are ...
More