The festival of Maha Shivaratri in 2016 is on on March 07. Power and blessings of Lord Shiva help the humans to overcome all the negativity in life by enabling them to live their life in a moral and nonviolent way. 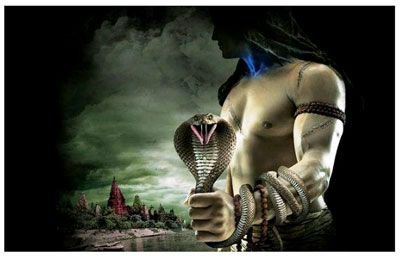 Maha Shivaratri is a Hindu festival, which is celebrated in the honor of Lord Shiva. This globally celebrated festival is also known as Padma Rajarathri. Understanding the significance of this auspicious day, we thought of providing you the information on Maha Shivratri in 2016. Let's first know about the date and Muhurat of Mahashivratri in 2016.

As per the classical text Nirnaya Sindhu, the night of Shiva, Shivratri occurs on the corresponding night of Chaturdashi (fourteenth day, as per the Hindu Lunar Calendar), every month. The Shivratri of Magha (Hindu month) is known as Maha Shivaratri. So, adjust your schedule accordingly to observe the Vrat (fast) of Maha Shivaratri in 2016.

Devotees observe the fast of Maha Shivratri on the day before the Maha Shivaratri night. It can be either Trayodashi or Chaturdashi Tithi, as per Hindu Calendar. But, the thing, which is needed to be kept in mind is that the night should be of Chaturdashi Tithi.

As per Nirnaya Sindhu, Shivratri Vrat begins on the day prior to Shivaratri. On that day, devotees eat once in the entire day and then worship at the night of Chaturdashi. On the next day, devotees perform all the regular morning stuff i.e. bathing and worshiping Lord Shiva, and keep the fast for the entire day.

Therefore, on Mahashivratri in 2016, devotees may eat once on the day of February 17, as Chaturdashi is beginning on the same day from 20:18:19 IST. As it is mentioned above that the Shivratri occurs around the midnight of Chaturdashi Tithi, as per Hindu calendar; February 17 will be your full day fast on Maha Shivaratri in 2016.

On February 17, Chaturdashi Tithi is ending on 16:49:52 IST. It means that the fast can be considered to be ended by then. However, it is advised not to break the fast till dusk. On the other hand, if Chaturdashi is continued till night, fast cannot be broken till that time (even after dusk).

To find the Muhurat of other important events of the year 2016, please click here - Muhurat

If you want to know Muhurat of any special event, you may take our service here - Buy Muhurat Service

Celebration Of Maha Shivaratri In 2016 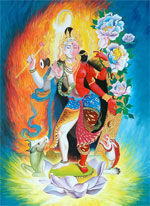 The festival of Mahashivratri is particularly celebrated by offering certain things like Bael leaves to the idol of Lord Shiva. This traditional celebration is followed by observing fast for the entire day. By doing this, you can enchant Lord Shiva on Maha Shivratri 2016.

In accordance with the Hindu mythology, the occasion of Maha Shivaratri depicts the wedding of Goddess Parvati and Lord Shiva. However, a number of people believe that Lord Shiva performed 'Tandava Nritya', which is the dance of creation, preservation and destruction. Let's read more in detail.

The celebrations of Maha Shivaratri begin with the sunrise and goes on till the next morning. On this special day, devotees visit temples and offer prayers to the Lord Shiva to fetch the blessings for well-being and good fortune. Huge counts of the followers of Shiva continue with the prayers for the entire night and also observe Shivaratri Vrat (fast) on this day. The Maha Shivaratri celebrations are considered to be the sign of dedication and spiritual passion on the entire globe. It is believed that the people who observe fast on this day get liberated from the cycle of birth and death. So, now you know that observing fast on Maha Shivaratri in 2016 can bring you out of this life and death cycle, utilize the best of this day.

The prayer offerings to the Shiva Lingam are carried out by the priest of the temple. This has to be repeated every three hours on the day of Mahashivratri, which goes on for the entire day till the next morning. On the occasion of Maha Shivaratri, devotees chant the 'Shiva Mantra' that is 'Om Namah Shivaya', for the entire duration of this auspicious event. So, memorize this Mantra for Maha Shivratri in 2016 and impress the Supreme Lord Shiva.

Significance Of Maha Shivaratri Vrat In 2016 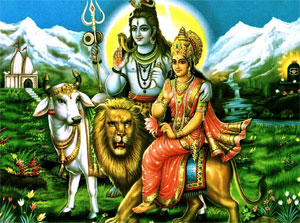 In accordance with the Hindu Mythology, observing the fast on the day of Maha Shivratri is considered to be the most powerful among all other fasts. Tamas Guna, which signifies the quality of inertia and Rajas Guna, which signifies the quality of passionate activities; are the two natural forces that highly bother a human being. Mahashivratri Vrat (fast) enables a person to keep a control over both of them. It is believed that if a person worships Lord Shiva with complete devotion on the occasion of Maha Shivaratri, his actions get controlled and the negative thoughts like jealousy, anger and lust that comes up due to the 'Rajas Guna' gets controlled. By observing the fast of Maha Shivratri for the entire night, the person gets free from all the negativity that took birth by the 'Tamas Guna'.

The fast on Shivratri is considered to be the most auspicious one. One of the facts about Maha Shivaratri is that if a person observes fast on this day, he gets blessed with Lord Shiva's divine grace. While observing this Maha Shivaratri fast, most of the people go on a fruit and milk diet. But, some of the people don't even consume water for the entire duration of this Shivratri Vrat (fast). You don't have to get confused with what to eat during Maha Shivaratri Vrat in 2016. Just take the oath of observing this fast on the morning of Chaturdashi Tithi with full faith and devotion, and observe Maha Shivaratri Vrat in 2016 your way. Every year, this auspicious festival of Maha Shivratri is observed by millions of people with complete devotion and sincerity filled in their heart.

According to the traditions, people who observe fast on this day visit the Shiva Temple in the morning time and offer prayers to Lord Shiva and Goddess Parvati. The most essential part of the Maha Shivaratri is bathing the Shiva Lingam. On this day, devotees begin their fast by bathing the Shivling with Milk, Honey, Sugar, purified Butter, Kale Til (black sesame seeds), Ganga Jal (holy water of river Ganga) and some fresh flowers. After getting done with all this, devotees apply Chandan Tilak (sandalwood paste) with some rice on the Lingam. In addition to this, devotees also put some fresh flowers and fruits on the Shiv Lingam. They close their worship process after the recitation of Katha (religious legend) and doing Parikrama (circumambulating the idol of Lord Shiva). You must be wondering what the legend is. Obviously, you need to know that for completing your Maha Shivratri Vrat in 2016. So, here it comes... 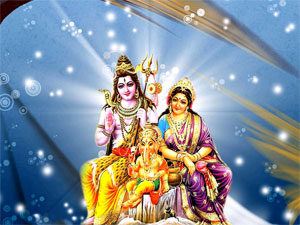 Maha Shivratri is associated with various legends by the devotees. However, the legend of the churning of milk ocean is considered to be the main one. So, here we are telling you the most popular legend of this holy day to help you complete your fast of Mahashivratri in 2016.

The 'churning of the milk ocean' or 'Samudra Manthan' was a detailed procedure to bring out Amrit (the elixir of immortality) out of the ocean of milk. In Samudra Manthan (churning of the milk ocean), Mount Meru, which is also known as mount Mandarachala, was used as the rod for churning; and the work of churning rope was done by the King of serpents, named 'Vasuki'. At the time of Manthan (churning), demons wanted to hold the front side of the snake and Lord Vishnu Wanted the demigods to hold the snake's tail side. Therefore, the demons got poisoned by the fumes that came out of the snake's mouth. But still, they pulled the snake's body in the back and forth motion. This motion came up with the rotation of mount Meru and ultimately the churning of ocean took place. After that, Lord Vishnu came up in the avatar of a turtle and saved the mountain from getting drowned into the ocean by taking up all its weight on his back.

This churning process made a lot of things to come out of the ocean, and one among those things was lethal poison. With this, the demons and gods got terrified, as the poison was extremely powerful that it could literally contaminate the entire ocean. In order to save the world, Lord Shiva consumed this poison and kept it in his throat, due to which his neck turned blue in color. This is the reason for which he was named as Neelkantha (the one who has blue neck). While the process of Samudra Manthan, Amrit (elixir of immortality) was one of the things that came out of the milk ocean, and it was the main thing that everyone desired for.

This is the Katha of Samudra Manthan and contribution of Lord Shiva in saving the world from that lethal poison. So, this was all we had on Mahashivratri in 2016. Utilize the best of this information on Shivaratri to make your Maha Shivratri in 2016 most beneficial.

To get details about other festivals in 2016, click here - Festivals.