Devshayani Ekadashi is the ekadashi when Lord Vishnu goes for sleep. This day is observed every year on the 11th day of Shukla Paksha in the month of Ashadha. According to the Gregorian Calendar, it will be marked on the 4th of July. Devotees observe fast on this day and worship Lord Vishnu and Goddess Lakshmi. If you want to know more, stay connected to this exclusive article... 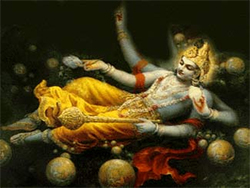 Devshayani Ekadashi is known as Ashadi Ekadashi in Maharashtra. The famous Pandharpur Yatra comes to an end on this day.

Devshayani Ekadashi is known as Toli Ekadashi in southern part of India. On this day, the Vaishnava Mutts wear heated seals on their own body. This practice is popularly known Tapta Mudra Dharana.

Devshayani Ekadashi will be observed in different parts of the country on different Tithis in 2017. This difference is because of the variation noticed in the Hindu Calendar.

Let's find out which place will observe Devshayani Ekadashi Vrat at what time.

We hope that the date and timing to observe Devshayani Ekadashi in 2017 will be helpful for you.

Now, let's take a look at the rituals that are to be followed on Devshayani Ekadashi.

Following are the rituals that are to be followed on the day of Devshayani Ekadashi:

Devshayani Ekadashi 2017: Significance Of The Day

Devshayani Ekadashi Vrat Katha is narrated to Narada Muni by Lord Brahma. There was a king by the name Mandhata. He ruled over a highly prosperous and wealthy kingdom. His people were kept exceptionally happy by their king.

But there came a time, when his kingdom suffered famine and drought. There was extreme scarcity of rains for three years. People were suffering from illness and starvation. The people of his kingdom told him that it was because of his sins, the people of the kingdom were in utter suffering.

King Mandata was unable to figure out what mistake did he make in the past, because of which his people were suffering. Hence, he went out for a long journey, where he met a lot of holy men but nobody was able to provide him with a solution. Hence, he decided to carry on his journey till he found the solution for this problem.

On his way Mandhata, met Sage Angira who told him that it is not the reason which is significant but, how can you get rains for your people was the most important thing to be thought of at that point of time. Sage Angira told him to worship Lord Vishnu on the day of Devshayani Ekadashi and observe a fast in his name with complete rituals.

Thus, it is believed that people who observe the Devshayani Ekadashi Vrat are blessed with peace, happiness and prosperity by Lord Vishnu.

Devotees who observe the Devshayani Ekadashi Vrat with full devotion, dedication, faith and with complete rituals are liberated from the cycle of birth and death. These devotees attain salvation or Moksha.

So, observe the Devshayani Ekadashi Vrat with full devotion, without any desire for material wealth and we are sure Lord Vishnu and Goddess Lakshmi will bless you.

Hopefully, with the help of this article, you will be able to observe Devshayani Ekadashi without thinking what will be the end result. Just pray to almighty with your full faith and we are sure, he will be there by you.