Akshaya Tritiya is celebrated on the third day of bright half of Hindu month Vaishakh. In 2017, it will be marked on 28th of April. It is celebrated to commemorate the birth of Lord Vishnu's 6th incarnation, Lord Parshurama. According to the beliefs, from this day only Veda Vyas started to write Mahabharata. Read on to know more...

Akshaya Tritiya 2017: What Is Akshay Tritiya? 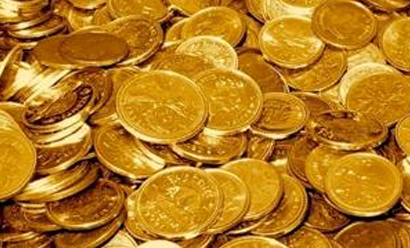 Now, let's know more about the Muhurat (timings) to observe Akshay Tritiya in 2017, in order to invoke the lord at the right time.

We hope that you will now be able to perform the rituals and proceedings on Akshaya Tritiya in a more meticulous manner.

Akshaya Tritiya holds a great astrological significance in our lives. Did you know about it? Let's take a look at the beneficial aspects of Akshay Tritiya in Hindu astrology.

As per Hindu astrology, three Tithis (lunar dates) are considered to be auspicious. These Tithis are together known as Sade Teen Muhurat.

It is believed that the Sun and the Moon are at their extreme point of brightness on this day.

But, what is the actual reason for celebrating Akshay Tritiya? Now, we will discuss the legends associated with Akshaya Tritiya, and why we should celebrate Akshaya Tritiya.

Why To Celebrate Akshay Tritiya?

Following are the legends associated with the festival of Akshaya Tritiya:

According to the Puranic texts, Parashuram was born at Renuka Tirth, as Lord Vishnu's sixth Avatar (incarnation). He was named as Ramabhadra, but after a significant occurrence, he got the epithet of Parashuram. Let's proceed to know more about the event.

Ramabhadra was an ardent follower of Lord Shiva. Considering his perpetual dedication, Lord Shiva was pleased and gifted him with a divine responsibility to liberate Mother Goddess from demons. He was presented divine weapons by Shiva that included an axe-shaped weapon, Parashu. This altered his name from Rama to Parashurama (Rama with axe).

Akshaya Tritiya is observed as the day when Parashurama was born. But, there are more legends associated with Akshay Tritiya. Let's take a look at them, as well.

The day of Akshay Tritiya marks the commencement of Satya Yuga (Golden Age). It is also believed that Ved Vyasa started writing Mahabharata along with Ganesha on the day of Akshaya Tritiya.

While on exile, Pandavas were gifted 'Akshaya Patra' by Lord Krishna, the bowl of food that would never go empty. This was the day of Akshay Tritiya or Akha Teej.

This legend is believed to be one of the most significant ones, associated with the celebration of Akshaya Tritiya. Lord Krishna had a poor Brahmin friend, Sudama. Once, on the day of Akshaya Tritiya, Krishna got visited by Sudama. The purpose for his visit was to ask for some financial help from Krishna.

Sudama was welcomed in a grand fashion by his friend, which embarrassed him even more. Though he was treated with benevolence, Sudama was ashamed of not being capable to present his friend anything, but some Poha (beaten rice). Krishna did not care to mend his attitude toward the bond of friendship and relished the Poha gifted by his dear friend.

Being overwhelmed by the treatment, Sudama could not ask for anything more from Krishna. Hence, he returned home empty handed. On his return, Sudama found his hut transformed into an abode of royalty and everything appeared grand. It was a boon by Lord Krishna that Sudama attained much more than financial help. Since then, the day is celebrated as Akshaya Tritiya.

How To Celebrate Akshay Tritiya?

Following are the rituals and customs related to the festival of Akshaya Tritiya:

Gaja Puja is also known as Gaja Dhanakarshana Puja. Gaja means 'elephant', and hence, in this Puja, elephants are worshiped for the sustenance of wealth and prosperity in lives. Before beginning with Gaja Puja, elephants are cleaned with water and adorned in a grand attire. Then, the elephant idol is offered flowers, and hence by, holy proceedings take place.

Ashwa (horse) is considered to be the disciple of Mars (planet), which represents command and energy. On the day of Akshay Tritiya, Ashwa Puja is performed to bring home positivity and mental peace.

Gou (cow) is the symbol of kindness, love and warmth; hence, Gou or cow is worshiped on the day of Akshay Tritiya. First, the cows are cleaned and decorated, and then, Gou Puja proceedings take place. 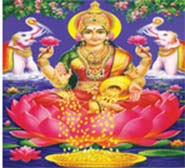 Goddess Mahalakshmi is considered to be associated with wealth and prosperity. Hence, the day of Akshay Tritiya, signify a never ending good fortune of prosperity and well-being.

Akshay Tritiya brings a special kind of spark in your lives, which will never get diminished with the dates of the calendar. Akshaya Tritiya will arrive each year with a grasp full of prosperity and well-being. Follow the day of Akshaya Tritiya to bring home a meritorious ray of positivity.

AstroSage wishes you all a Happy Akshaya Tritiya!