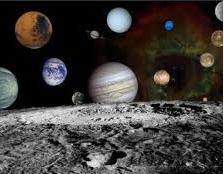 Planets have the great role in transforming our lives. Every planet has the source of certain kind of energy which in turn affects the life of human beings. Hindu astrology is well proved science which gives the explanation regarding the impression of these planets on life of particular person. Horoscope based on Hindu astrology depicts the position of planets at the time of child's birth. Hindu astrology not only portrays favorable and unfavorable positions of planet but also suggests the efficacious measures for minimizing the inauspicious incidences of your life.

Hindu astrology is also known as Indian astrology as it belongs to India. Some other words such as Vedic Astrology and Jyotisha are synonym terms for Hindu astrology. The establishment of Hindu astrology is based on the principles of Vedas. In starting phase, the arms of Joytisha were not so extended as it they are in present time. In starting phase of astrology, nothing was mentioned about planets. There is only description about eclipse that is the cause of demon. In past time, word graha is referred by Svarbhanu. Some people believe that Greek contributed in adding term planet in Sanskrit texts. The order of planets was recognized in India after the Vedic era. Beside, there are various other facts that are concerned with the inception of Hindu astrology.

Hindu astrology is the vital part of lives since its inception. It is assisting people in adopting the right path in life. The predictions of Indian astrology help people in taking the ultimate decision related to money, health, marriage, career, finance and many more. Joytish not only solves the mystery related to the causes of problem but also suggests the measure to overcome from them.

The role of Hindu astrology starts in the life of human being, when the child takes birth. Indian horoscope is prepared on the basis of the exact time of child's birth. The alienating time of child from mother's umbilical cord is envisaged as exact time of birth. Besides timing, location is included for preparing the horoscope. Both of these factors decide the rising of particular sign and planets. Kundli gives the vital clues about the destiny of person on the basis of position of planet in particular house. In Vedic Astrology, planets indicate about the past activities of human being. It also gives the description about the probability of certain activities in your future.

Kundli becomes the most decisive factor during the selection of spouse. Joytisha also defines the personality of particular person on the basis of sunshine and moonshine. People try to find out the accurate direction from their horoscope when they desire to start new business, move into new home and want to take any other crucial decision of life. The supremacy of Hindu astrology can be estimated from the fact that astrology is regarded as most sacred profession. Different terms are used for referring the astrologers that are Brahmin, Acharya, Graha Vipra, Joutish, Joshi, Kaniyar and Ganaka. Indian astrology has now acquired the status of proven science that is why some reputed Indian universities have started to offer degrees in astrology.

The predictions of twelve Rashi have been included in Hindu Astrology. The science of these signs is analysed based on positions of planets . The sky or universe is divided into 12 different parts. Each division is referred as sign. Hindu astrology describes one's horoscope with the help of chart depicting planetary positions.

If you also want expert and right guidance before taking the crucial decisions of your life then Hindu astrology can guide you the best. Now, renowned astrologers are ready to solve all your query online that helps in saving time that may go waste into searching them outside. www.astrocamp.com and www.astrosage.com are enjoying the prominent place into the category astrology website. These websites bestow astrological solution with the aid of notable astrologers who are known for their precise predictions.