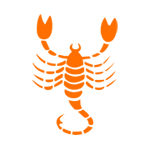 Scorpio-Aries compatibility as per Vedic Astrology, whenever we talk of it, comes to us as a blend of mystery, passion, and madness. You have two cerebral fighters, none of whom is a wind symbol. Aries is known for their horns protruding from their heads; they are a mental powerhouse, the ram's age, and the brain's emblem. Scorpio is notorious for causing extreme emotional anguish on others. Scorpio seduces people into thinking they are soulmates, leaving the other person confused as to how this enigmatic seduction occurred. Scorpio's psyche can visit you in your sleep, telling you all sorts of truths, even if they are a complete dummy.

Wish to know about your compatibility with Scorpio? Talk to the experts on call right now for free.

There are two tough-as-nails souls. Aries will show you how hard they will work to seek adventure and life, while Scorpio will show you how intensely, passionately, and even vehemently they can love and dominate you. These two are a lot of fun to watch—they might give you a headache, but they'll definitely give you a headache. A formidable pair is established, capable of achieving success in any of life's spheres.

Scorpio and Aries have a high degree of compatibility as long as they are looking in the same direction and walking side by side. If all parties do not want to end their relationship, it is almost impossible to do so. Both enjoy debating, engaging in various scams, and being the focus of attention. Calmness is a foreign concept to them; they involve emotions and intrigues, and only then will Scorpio and Aries be able to coexist peacefully. Mars rules both signals, giving them inner power, determination, and violence. Aries also reaps the rewards of Scorpio's thoughtfulness, since he stuffs less cones with his assistance.

If the partners are compatible, the Scorpio and Aries compatibility horoscope is favorable. They will fight against life and death in the event of major conflicts between them. Aries is resolute, assertive, and frank when it comes to military operations. What can't be said about Scorpio is that when defending himself, he will sting in the most unexpected locations, catching the enemy off guard and exploiting his vulnerability. And while the fire sign responds rapidly and emotionally, the water sign will wait and serve a dish with vengeance in a cold form at the most appropriate time. Both signs have members that are extremes: if they love, they love with all their might, and if they hate, they hate vehemently.

Scorpio and Aries work compatibility is focused on supporting each other. They complement each other well and can result in successful ventures. Perseverance, diligence, and dedication are traits of energetic Aries. Scorpio likes to observe rather than act, but it has a good ability to plan ahead and establish tactics and strategies. In such an alliance, Aries is the source of ideas and the executor, while Scorpio instructs him about how to better realize what has been conceived. Because of his short-sightedness, Aries makes a lot of mistakes when acting alone. As a result, he profits immensely from his relationship with Scorpio.

In friendship, the chances of Scorpio and Aries getting together aren't big. They may be friends because they have similar temperaments, interests, and personalities. But this will not last long, because one of them will try to take the lead at some point, and the other will not tolerate it. Friendship between them is possible if there is a common purpose for which both partners are able to set their principles aside. There is no gain in simple partnerships, but none of them can bow to each other, boldly showing their inner nature.

Scorpio is a Fixed Sign, while Aries is a Cardinal Sign. Aries will teach Scorpio about spontaneity, or doing things for the sake of experiencing them rather than having a fixed agenda. Scorpio will assist Aries in learning to stabilize and complete projects rather than continually beginning new ones without finishing the ones that are already underway. They will both be the boss if they understand that they are both faithful and committed to one another — Aries as the initiator and Scorpio as the emotional master.

This is a touch that is devoid of Venus's pleasures and tenderness. Both signs are the polar opposites of those governed by Venus, and they represent conditions in which Venus is in opposition. This may be translated as "lack of love," but it's not quite that straightforward. Scorpio is related to our strongest, darkest desire to love because it is a Water symbol. Scorpios need to feel emotion in their sexual encounters. It's a good thing Aries isn't in this group very much, because it's a sign that Saturn has taken all traditional and rigid views down with him.

The compatibility of Scorpio and Aries in a relationship is measured by the strength of the partners' feelings and their ability to make compromises to one another. If there is no love between the two people, they will split up soon after meeting. Both will expose their true self and will be unable to work together. Two independent leaders, like two owners in a building, cannot coexist peacefully in the same space: one must submit or leave, severing the connection.

Scorpio and Aries in terms of intimate compatibility is a complicated and ambiguous subject. If you think that there is a man and a cool, balanced Scorpio woman in this pair of passionate and persevering Aries, then they will almost definitely have a sexual relationship. Many couples follow this model because women tend to be wooed by active and vigorous partners. Nature came up with the idea for this partner game. When partners' zodiac signs are reversed, the case becomes unusual: a respectable man and a woman looking for sex with him. Some male members will like it, but the majority of men may find such a woman available, and their interest in it will quickly fade. Since it is based on individual individuals, the alignment for compatibility can be unpredictable in this regard.

Scorpio likes dimensionality and foreplay in bed, and while she may be content with the violent nature of her partner at first in a fit of passion, she will inevitably tire of Aries' rampage and expressiveness. Perhaps if the partners decide to compromise on when and how much they want to get each other under the covers, the sex life will start to bring both signs pleasure.

Scorpio and Aries have a favourable marriage compatibility, which enables partners to form a strong, unbreakable bond and effectively advance in life together. When a couple has mutual respect, the ability to make sacrifices and compromises, no storms are feared, even those they occasionally create themselves. And when we consider their perfect sexual compatibility, such a marriage can only be admired.

Scorpio and Aries are compatible in family life, despite the fact that their pairing frequently ignites in the form of conflicts. Due to the fact that these signs are alive and are sustained by emotions, their quarrels and reconciliations only serve to unite them, acting as a catalyst between them. Otherwise, they'd become bored. None of them could stand up to a calm and appropriate partner. Both have wild dispositions that prevent them from becoming bored and sitting still. They typically travel extensively and earn well, as both possess a financial vein.

1. Who is most likely to be a happy partner with Scorpio?

2. What is the element of Scorpio Zodiac?

3. Which planet governs the Scorpio people?

4. What is the most important trait of Scorpio?

Scorpios are highly dedicated, invested, loyal, and faithful in their relationships, and they follow their hearts more than anyone might expect. They are, to put it mildly, intense. Scorpios are well-known for their determination and commitment.

Monday, January 30, 2023
Today you are under magic spell of hope. Real estate investment would be lucrative. Spending time with family members would b...
More

Monday, January 30, 2023 - Sunday, February 5, 2023
Due to Jupiter being placed in the fifth house with respect to the moon sign, from a health point of view this week will be p...
More

Monday, January 30, 2023 - Sunday, February 5, 2023
Due to Venus placed in the fourth house with respect to the moon sign, according to the love horoscope, this week will prove ...
More

January, 2023
January Monthly Horoscope 2023 explains that you need to put your passion and enthusiasm in the correct place, Scorpions. For...
More

Year 2023
Here, in this article titled Scorpio Horoscope 2023 you can learn about the opportunities and difficulties that the year 2023...
More

Scorpions have a great magnetic personality. As their mascot is “the scorpion”, they can be argumentative and elegant but tha...

Scorpios should make the following commitments: To tame the vindictive or vengeful side of their intuitive personalities, ...

Aquarius approaches life as a series...

More
Scorpio Man - Pisces Woman
They will get lost in a parallel universe full of fairy tales, unicorns, and love, and this can keep them going for a long t...
More