Vaikunta Ekadasi, also named as Mukkoti Ekadashi, is an important fast dedicated to the Hindu God, Vishnu. This is the Shukla Paksha Ekadashi that observes during the Dhanur/Margazhi month in the Hindu Calendar. People from the Vaishnava community believes that “Vaikunta Dwara” or “the gate to the god septum” is opened on this special day. Many Hindu devotees queue up to pass through the gate of Vaikunth in Lord Vishnu temples in Kerala, Tamil Nadu, Karnataka, Andhra Pradesh, and Telangana. Hence, it is considered as one of the most auspicious days in South India. 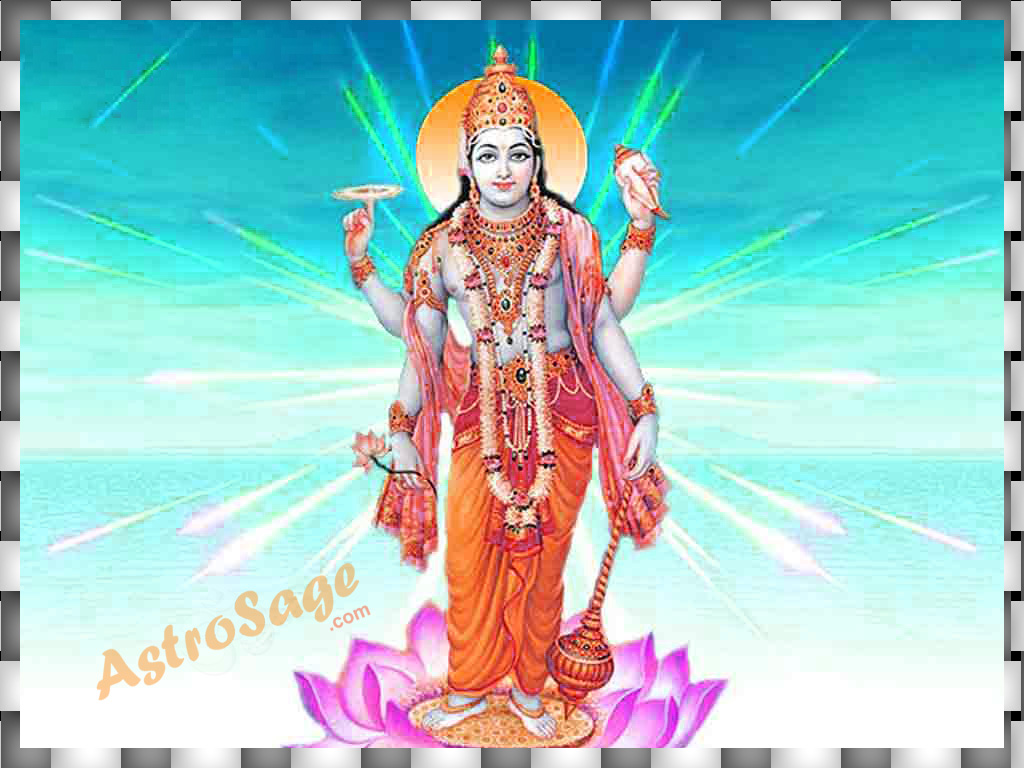 In Kerala, people celebrate Vaikunta Ekadasi as ‘Swargavathil Ekadashi’. Vaikunta Ekadasi is also named as ‘Mukkoti Ekadashi’ in the southern states of India and is observed in the month of ‘Margazhi’ as per the Tamil calendar. Hindu devotees celebrate Vaikunta Ekadasi with great zeal and enthusiasm all over the country. On this auspicious day, special prayers, yagnas, discourses and rituals are performed at the temples of Lord Vishnu in different parts of the world. In India, the celebrations in the temples of Mahalakshmi Temple at Gubbi, Rajagopalaswamy Temple at Mannargudi, Sri Ranganathaswamy Temple at Srirangam, and Tirumala Venkateswara Temple at Tirupati is very famous. The festivities are very grandeur, particularly in South Indian temples that are dedicated to Lord Vishnu.

The significance of Vaikunta Ekadasi is mentioned in Padma Purana. As per the legends, gods were unable to bear the terror of a demon, Muran, later turned to Lord Vishnu for the solution. The battle was going on between the Lord Vishnu and demon Muran. To create a new weapon to kill the demon Muran, Lord Vishnu retired to a cave for the goddess named, Haimavati in Badarikashrama. When Muran tried to kill Lord Vishnu in his sleeping state, a female power emerged from Lord Vishnu and burnt Muran with her eyes. Elated with her powers, Lord Vishnu named her as ‘Ekadashi’ (the day was 11th lunar day in Vedic month) and asked her for a boon. Ekadashi, instead implored Vishnu that people who observed a fast on that day should be atoned for their previous sins. Hence, Vishnu declared that people who kept a fast on Ekadashi would attain Vaikunth. According to Vishnu Purana, Lord Vishnu opened the gate of Vaikuntam (his septum) for two demons because they also asked for the boon that whoever listens to their story and sees the image of Lord Vishnu coming out of the door, called Vaikunta Dwara, will attain Vaikuntam. Hence, it is believed that Vishnu temples make a gateway on this day for devotees to walk through the Vaikunta Dwara.

5 Important Things to Do on Vaikunta Ekadasi

For Vaishnavas, Vaikunta Ekadasi is one of the main festivals celebrated in the temples of Lord Vishnu. Along with being the Ekadashi, this day also embarks the fulfilment of Vaikunta, the spiritual shrine of Vishnu God by a devotee, Nammalwar in the Sri Vaishnava sampradaya. Here are five things suggested to you in order to seek the blessings of Lord Vishnu.

Chanting the Hare Krishna maha-mantra 108 times helps in getting abundant peace, joy and happiness on this day of Vaikunta Ekadasi. One of the simplest ways of attaining spiritual awakening in Kali-yuga is to recite the divine names of Lord Krishna as suggested in the Vedic scriptures. The holy mantra - Hare Krishna maha-mantra is described in the Kali-santarana Upanishad. Also, it is mentioned in this Upanishad that “After searching through all the Vedic scriptures, one cannot search for a process of spiritual realization more sublime for this age than the reciting of holy mantra Hare Krishna.” Chanting this mantra purifies one’s soul, helps to get rid of all the obstacles coming in our life and ultimately helps us attain spiritual awakening.

How can one resist himself from visiting a Vishnu temple on this great day of Vaikunta Ekadasi? Don’t forget to seek the blessings of Lord Vishnu by visiting his temples on this great day of Vaikunta Ekadasi. In most of the Vishnu temples, a special entrance known as Vaikunta Dwara is opened on this festival of Mukkoti Ekadasi. It is said that if a person passes through this dwara or entrance on this auspicious festival of Vaikunta Ekadasi, then one can attain Vaikunta. Lord Rama and Lord Krishna are one of the most popular incarnations of Lord Vishnu. If you have deities of Lord Vishnu, Lord Krishna, Lord Rama or any other of avatar at your home, then you can decorate the hindu deity and perform a special worship with great devotion by following all the rituals and puja vidhi.

This is one of the most famous Ekadashi fast, Vaikunta Ekadasi, so make sure to observe a fast on this festival. Ekadashi fasting not only beneficial to our body and mind but it also has a lot of spiritual benefits. Keeping a fast not only helps to cleanse our body, but rejuvenates our mind and soul. Hence, one should observe a fast on this auspicious day of Vaikunta Ekadasi. Special prayers are offered to Lord Vishnu and observe meditation and prayers.

The process of breaking the fast is called Parana. Ekadashi Parana should be done after sunrise on the next day of Ekadashi fast. It is really important to perform Parana within Dwadashi Tithi. Not doing Parana within Dwadashi is considered an offence. One should not do the parana during Hari Vasara. Hari Vasara is believed to be the first one fourth duration of Dwadashi Tithi. The most favorable time to break the fast is Pratahkal. So, one should wait for the Hari Vasara to get over before breaking the fast. Also, one should avoid breaking the Vaikunta Ekadasi vrat during Madhyahna. If you won’t be able to break the fast during Pratahkal, then you can do it after Madhyahna.

Vaikunta Ekadasi fasting is suggested on two consecutive days. It is suggested that Smartha with family should observe a fast on the first day only and sanyasis, widows and those who want Moksha should observe a fast on the second day. Ekadasi vrat fasting on both days is recommended for those devotees who seek love and affection of Lord Vishnu. So, one has to follow all these instructions while observing or breaking a fast on Ekadashi.

As few people know that Gita Jayanti usually falls on the same day as Vaikunta Ekadasi. This is the day when Lord Krishna instructed Arjuna in the essence of spiritual knowledge. Hence, reading the Bhagavad-gita holds great importance on this day. There are two types of literature that glorify the grandeur of Lord Krishna. One depicts the achievements of the Lord and the other is directly foretell by the Lord. Since, we all know that Bhagavad-gita was directly spoken by Lord Krishna, we can say there is no difference between Lord Krishna and the Bhagavad Gita. Hence, reading the Gita on this day of Vaikunth Ekadashi is as important as reading about Lord Krishna. So, you are suggested to spend some time in reciting the verses of the Gita and understanding their meaning.

On the day of Mukkoti Ekadasi, to seek special blessings of Lord Vishnu, offer prasad and puja samagri on the idol, scriptures or photographs of Lord Vishnu. Chant these special mantras to appease lord Vishnu and worship God with devotion and follow all the rituals and puja vidhi.

How to Observe Fasting on Vaikunth Ekadashi

It is believed that devotees who observe fast on Vaikunta (Mukkoti) Ekadasi attain salvation. Hence, one should observe the fast of Vaikunta Ekadasi with full devotion and follow all the puja vidhi to seek special blessings of Lord Vishnu. Reciting or chanting the Vishnu mantras on this auspicious day will prove to be beneficial for you. Also, you need to keep a watch as what to eat and what to avoid while observing a fast on this great day dedicated to Lord Vishnu. Visiting the famous Vishnu temples on this auspicious day holds great importance as one would get the chance to pass through the gates of Vaikunta Dwara, which is usually open on this particular day. Getting yourself engaged in meditation and devotion of Lord Vishnu can be really helpful in order to redeem your previous sins, so if you are observing a fast for a particular reason, then you must chant Vishnu Gayatri Mantra and Mangalam Bhagwan Vishnu Mantra for special blessings.

Observing a fast on this special day not only helps to cleanse your body, mind and soul, but also purifies it from within. With all the negative thoughts hovering our mind, keeping oneself involved in meditation and devotion can prove to be really fruitful in order to attain mental peace. Reading various devotional books dedicated to Lord Vishnu on this auspicious day can help you provide spiritual awakening and spiritual awareness. So, if you have any doubts related to Vaikunta Ekadasi fast dedicated to the lord Vishnu, then we hope this article serves the purpose well.

We hope you liked this article on Vaikunta (Mukkoti) Ekadasi. We at AstroSage, wish you all the luck and happiness for your future.