Mahalaya Amavasya: Why Shradh & Pind Daan Must Be Done?

Mahalaya describes one of the phases of Pitru Paksha and falls at the end of the fortnight of Ashwin during a New Moon day. It marks the beginning of the Mahalaya Paksha or Pitru Paksha, which is a 16-day sacred lunar period in Hinduism according to the Panchang. During this period, ancestors are worshipped and homages are paid to them in the form of foods and Tarpan. It is believed that performing the act of Tarpan during the Mahalaya Paksha helps your forefathers and ancestors to get rid of their sins and bless them. 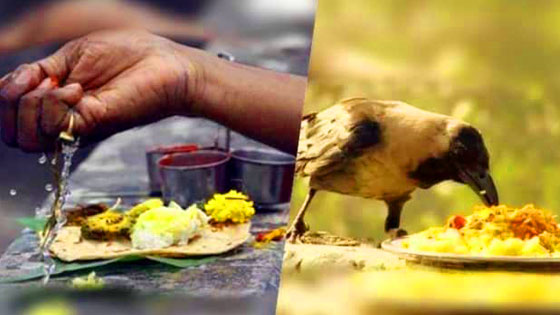 The legend about Mahalaya Amavasya is mentioned in the epic, Mahabharata. It is mentioned that when Lord Karna died and went to heaven, all he was offered as food was jewels, gems and diamonds. This surprised him, and he went to Lord Indra to resolve the doubt. Lord Indra answered that during his lifetime, Karna made tons of donations and charity, but neglected the act of Anna-Daan towards his ancestors. To make amends, he asked a chance to go back down in the mortal world. After getting permitted to go back for 16 days, he offered water and food to his ancestors and then returned to the heavenly abode. From that day, the period came to be known as Mahalaya Pakdha or Pitru Paksha.

Mahalaya Paksha As Per Astrology

It simply means that when the planet Sun enters the Virgo sign, then the souls of departed ancestors reach the doorsteps of their sons, grandsons and offsprings. In such a case, if the Shradh ceremony isn’t conducted during the Ashwini Amavasya, then there are chances of them cursing their offspring and progeny. This is why one must perform Tarpan with a mixture of fruits, flowers and water etc., do charity and donate food. Those who do not perform the ritual of Shradh and doesn’t worship their ancestors suffer from Pitru Dosha in their kundli.

Why To Observe Mahalaya Amavasya?

In Hinduism, the followers believe in the concept of life after death. It is stated in the scriptures that after a soul leaves this mortal world, it reaches the Pitra Lok within three days. Some souls can take up to 13 days, after which Terahvi is organized. Tarpan is done after one month and Shradh as well as Pind Daan is organized after one year to ensure the salvation of the departed heavenly souls.

Who Should Observe the Mahalaya Amavasya?

Offering food and eatables to someone who is hungry or in need with a pure heart is the biggest charity one can ever perform. During the Mahalaya Paksha, and majorly on the day of Mahalaya Amavasya, the ritual of Tarpan gets concluded after the food is offered to saints or needy. Also, you can offer food to cow, ants, dogs, crow etc. It is believed that whosoever donates food for charity acquires the blessings of their ancestors.

During Mahalaya, especially during the day of Mahalaya Amavasya, show your gratitude towards nature and your surroundings along with your ancestors and forefathers by doing the Karunya Tarpan. Feed the animals, birds, insects and other creatures on this day and offer nutritional elements such as water and manure to plants. Feeding crows and cows on this day is important. This is done because these creatures sacrificed their life for you to grow and prosper, so showing your gratitude towards them helps you to attain blessings.

Tarpan or Shradh must be performed on the day of Mahalaya Amavasya to offer salvation to the souls of the departed. His/her favourite clothes and food items are offered to the Brahmins, who consume them and accept the offering. According to astrology, it is said that by performing Tarpan or Shradh, one gets rid of Kaal Sarp Dosha or its negative effects. Offer the Tarpan to the Gods on the first day, to the Rishis or Sages on the second and to the Ancestors on the third by mixing sesame in water.

First of all, face towards the South, keep your Janeu on your right shoulder and prepare several balls of rice, cow milk, sugar, honey and ghee. Offer them to your ancestors with devotion.

According to the Brahma Vaivarta Purana, the eldest son participates in the Shradh and Tarpan ceremony held for his father or ancestors. In case the eldest isn’t available, then the younger son can also perform the ritual. In their absence, one’s nephew or grandchild can also carry out the Pind Daan.

Organize a small shradh ceremony, and prepare the ancestor’s favourite food items. Feed the Brahmins or poor and needy and wish for your ancestors to attain Moksha or Salvation.

Religious scriptures such as Garuda Purana, Bhagavata Purana, Bhagavad Gita, Agni Purana can be recited on this day to purify the environment and offer peace to the soul of the departed.

Steps To Do Tarpan

Shradh rituals are performed near a water body, as it is considered sacred and pure. This ceremony is conducted on the death anniversary of the departed or on the day of Mahalaya Amavasya. Below are the steps to be kept in mind:

Things To Avoid While Performing Shradh?

The period of Mahalaya is a chance for us to show gratitude towards our ancestors, offer them peace and salvation through our deeds and attain their blessings.

We hope that this article on Mahalaya or Pitru Paksha and Mahalaya Amavasya proves to be helpful for our readers. Stay connected!