Home » Yoga » What are the Benefits of Yoga?

What are the Benefits of Yoga? 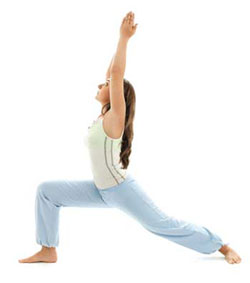 There are many benefits of Yoga .Yoga is a mystique science that helps in attaining perfect balance of mind, body and spirit. It is not merely confined to few body postures. It is more a science of consciousness than material one. It places mere mortals on the different mental pedestal altogether. The aim of Yoga is to pave the way for divinity. In a true sense Yoga is a divine science and it should only be construed as such.

One can understand the benefit of Yoga by tracing it's origin.Lord Shiva is known as founder of Yoga. His wife Parvati was the first disciple of this spiritual science. Lord Buddha has immense role in the development of process of meditation.Whereas Yogi Matsyendranath stressed on the need of purification of body before starting process of meditation for the purification of mind.

Earliest archaeological evidences confirm that Yoga was invented 3000 BC as we found the mention in Vedas. However, it is Upanishads that elaborated the basic process of Yoga deeply.

Broadly, there are four kinds of Yoga. Swami Vivekananda classified them as:

Karma Yoga: It comes under 'Work'. One should focus on one's work and not on the result. Karma should not be attached to success and failure. One should only believe in enjoying the work.

Bhakti Yoga: This falls under second part which is path to worship. Mind should be trained to fall in love with divine power. The process is a great tranquiliser.

Janana Yoga: This pertains to philosophy. Mind is systematically trained about realities of life.

Raj Yoga: It is based on Patanjal Yoga process and is part of psychic control.

Life has become very stressful these days. It has led to complete destruction of healthy habits of living and eating. Body clock has been completely ruined. This has caused several tensions in the mind leading to many unwanted psychological disorders such as depression. Yogic processes can act as great mind healers by relieving the mental stress. It relaxes the mind. Yoga trains you to think positive and stay positive under all circumstances.

Stressful fast life has given unprecedented rise in various body pains. Back pain and problem of Spondylitis are now very common. Yoga comes as a boon in such circumstances where allopathic process of healing fails.

It is Yoga that makes possible massage of internal organs such as prostrate. Through, process of detoxification body can be made healthier. Through Yoga we can sure optimum level of blood supply in different organs of body. It helps us in firming up the muscles by reducing unnecessary flab. If body is fit one attains extraordinary feats in the life and there is no doubt about it.

Various forms of Yoga are popular in modern times. Power yoga, Hath yoga Bikram yoga are among popular Yoga forms. It all depends on the requirements of individual and his inclination to chose among these various forms.Beginners prefer Hath yoga. It is good to start with hand while starting Yoga.