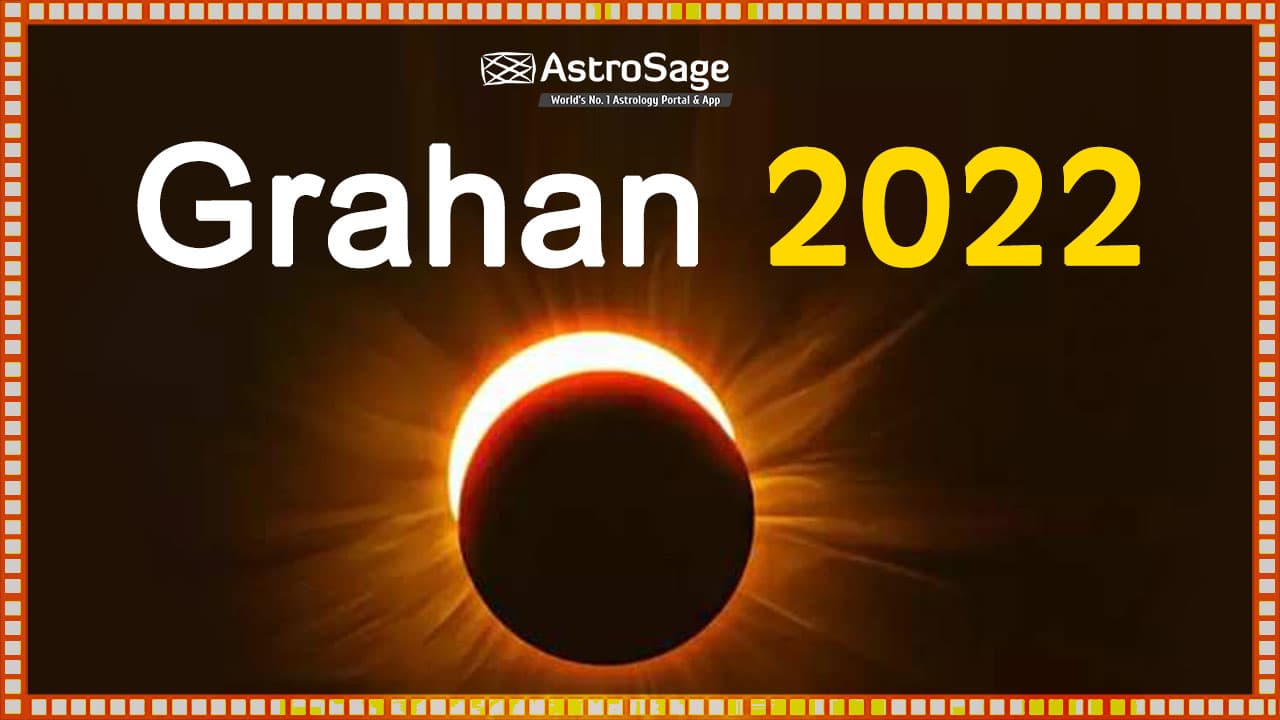 How Will The Year 2022 Turn Out To Be For You? Call & Avail The Services Of Our Esteemed Astrologers

For thousands of years, Eclipses have been considered to have adverse effects. They are seen as ill-omens for materialistic things. According to the ancient Indian legends, the shadowy devil, Rahu Ketu, seeks revenge from the Moon and the Sun by getting hold of their luminous rays, which causes an eclipse. This myth was created to imprint a horrid image in the minds of people.

As per Vedic Astrology, an eclipse should be avoided when starting an auspicious activity or making important life decisions like starting a business or a job, buying a house, etc. This is because an eclipse is a terrible time for auspicious beginnings. A reason behind it is also because auspicious activities sought to commence in light and brightness, specifically in Sunlight or a full moon night. However, tantric yogis believe that an eclipse is an ideal time for performing spiritual practices as it gives better results than normal. Eclipses in 2022 are a great time for meditation and self-introspection, as the veils are thin during this time, providing the people with a good time for connecting with their spirits.

When the Moon casts a shadow on the Earth by blocking the sunlight, partially or completely, it causes the Solar Eclipse. The phenomenon takes place when the Sun, the Moon, and the Earth are in a three-way alignment. This alignment occurs at the same time as a New Moon.

When the Moon moves in the shadow of the Earth, it causes a lunar eclipse. This phenomenon takes place when the Sun, the Moon, and the Earth are perfectly or closely aligned. The Earth should be in between the other two and there should be a Full Moon for a lunar eclipse to occur.

There are no particular scientific precautions during a lunar eclipse 2022, but a few precautions can be taken from the Ayurveda point of view.

Note- Unlike the solar eclipse, looking at the Moon during a lunar eclipse or otherwise doesn't harm your eyes in any way.

In 2022, four eclipses will be observed worldwide-

Note- Out of these four eclipses, only the Solar Eclipse (Partial) that falls on October 25, 2022, will be visible in India. The chart below gives the complete details about this solar eclipse.

Finance Report: Astrological Ways To Get Rid Of Financial Troubles

Eclipses take place in seasons. Eclipse season is a short span of time during which the solar and lunar eclipse can take place. Every Eclipse season, there are two or three eclipses, most commonly. All the eclipse seasons are different from one another.

There comes a time when Earth reaches a position in its orbit where the Sun, the Moon, and the Earth are in a perfect, or near-perfect alignment. This happens every six months and lasts for around 34.5 days. These 34.5 days make one eclipse season.

Eclipses don't occur every month. This is because of the inclination of the Moon's orbit around Earth to Earth's orbit around the Sun by somewhere around 5.1 degrees, which makes it impossible for the eclipses to take place every month. Most often, the moon is either too low or too high to come into a perfect alignment with the Sun and the Earth.

It is most likely that the solar eclipses and lunar eclipses occurring within each season balance out each other. When one eclipse is partial, the other tends to be a full eclipse and vice versa. In other words, when the Sun, the Moon, and the Earth are in a perfect three-way alignment for an eclipse, the other eclipse will occur near the starting or the end of the same eclipse season, but the alignment will be less perfect.

Studies have shown that during every eclipse, there is a decline in the Sattva component and a rise in Raja-Tama. The rise in Raja Tama is known to have harmful side effects at an intangible level. Initially, these side effects are sometimes not even noticeable physically. It is believed by some people that this Raja-Tama situation is used by negative energies to cause harm to society. There are two major spiritual significances during an eclipse in 2022-

Ever wondered why NASA studies the Eclipses? It is to gain as much insight into the Sun, Earth, and Moon as possible. Aristotle discovered that the Earth is in a round shape hundreds of years ago during an eclipse. NASA's Lunar Reconnaissance Orbiter in December 2011 collected data about how the side of the moon that always faces the Earth cools during a lunar eclipse very quickly. This can be an important piece of information to figure out what the moon's surface is made of. This data also enabled the scientists to conclude that the area of the moon that is flat, cools down faster. This can help the scientists in NASA to find out the moon areas that are flat or are rough with boulders.

Scientists have been conducting studies on eclipses since ancient times. Apart from Aristotle, who found out that the earth is round during an eclipse, other astronomers too, have studied the eclipse and given great conclusions. Aristarchus, a Greek astronomer, estimated the distance of the Sun and the Moon from the Earth using a lunar eclipse.

In recent times too, scientists have not failed to amaze us with their findings. On May 29, 1919, Albert Einstein's theory of general relativity was tested by Sir Arthur Eddington during a total solar eclipse.

We hope that you liked our article on Eclipses in 2022. Thank you for staying connected to our website!